April 2019 was the month when we flicked on the switches and went live with our first customer. So much has happened in the 9 months that have passed since then, and in this post, we will count down what we believe to be the top 10 product highlights of 2019. 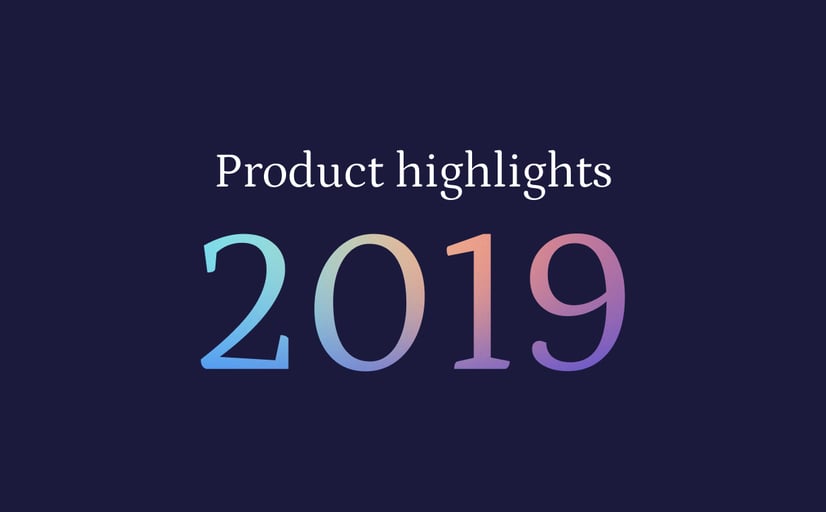 “Preview” was a small feature that we launched over the summer. In spite of its simple nature, it immediately had an impact as it allowed our users to view the outcome of any step in the process right from the task kanban views. 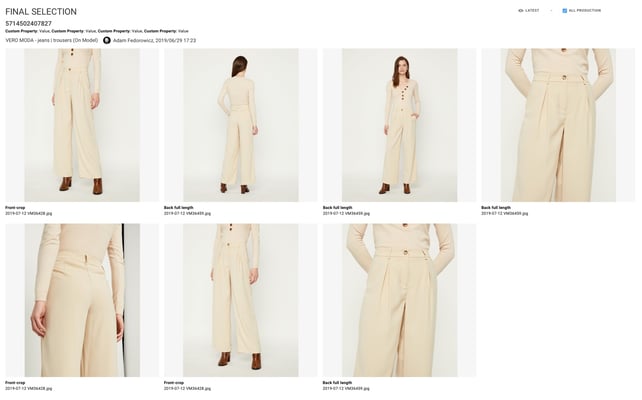 Photographers generally love Kelvin because it makes their life easier, but we were getting feedback that they had a hard time identifying images that they had already transferred, as well as distinguishing which images belonged to which product. In July we introduced a display mode that separates bursts based on the time between shots. This effectively groups images together when shot in one burst and makes a clear separation between bursts. We also added a tone-down display for images that were already transferred. 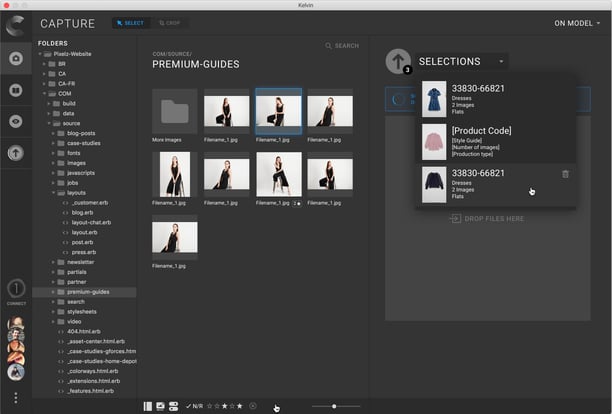 A lot of things can go wrong at job imports – a small inaccuracy in the data can mean the difference between success and failure. In August we launched a feature that analyzes a job right after import and looks for these “show stoppers.” The part that most customers appreciate is “recurrence detection,” as there is almost no way to check this manually. The user will be informed if a product has been produced previously and in which job. It enables her to make a qualified decision whether it is a mistake or an intentional re-shoot. The feature also includes style-guide mismatch and defaulting detection, and redundancy handling (duplicate lines in the import file). 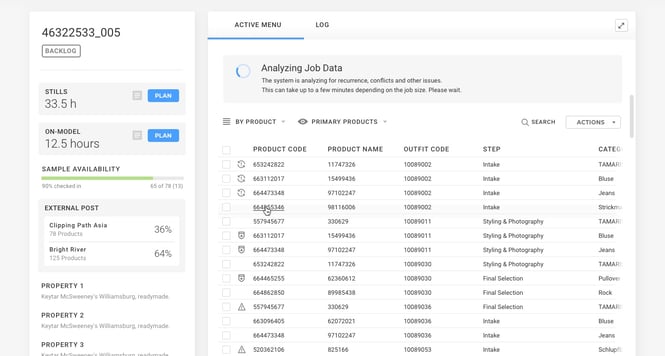 Editing products and jobs are such obvious features, but we actually launched the Creative Force product in April without these. The calendar would read “July” before it was introduced. A big “thank you” to our early adopters for looking past these missing features and still seeing the value in the product. 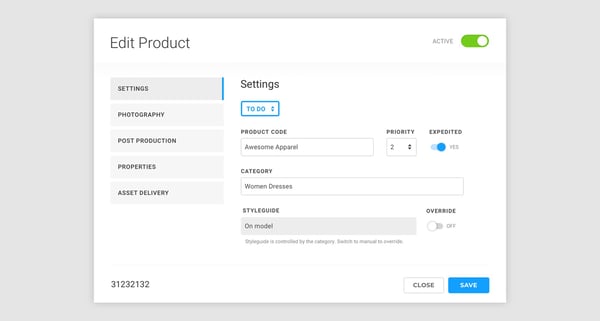 Oh boy, has this saved the day for pretty much everyone. The ability to reset production to any given step in the process and start from there is extremely powerful and allows the studio to rectify small exceptions that would have caused massive wasted work in the days before Creative Force. We love launching these small features that enable our customers to handle more and more exceptions. More will come in 2020. 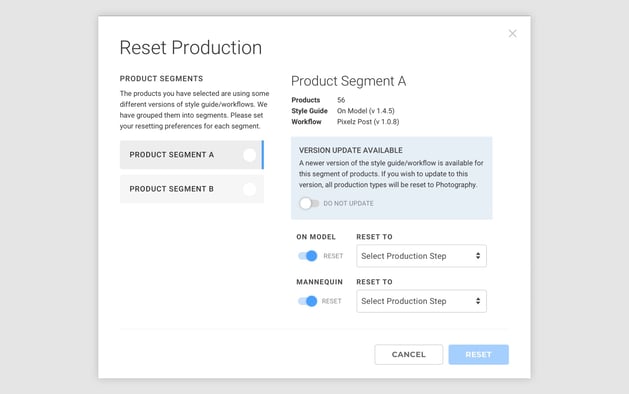 Why not invite your internal or even external customers to be part of your process? Photo Review was designed to do just that. By letting the customer make the final decision on selects, and also enabling them to reject photography entirely, an otherwise extremely cumbersome process is integrated into the production workflow. No time is wasted on emails and contact sheets this way. 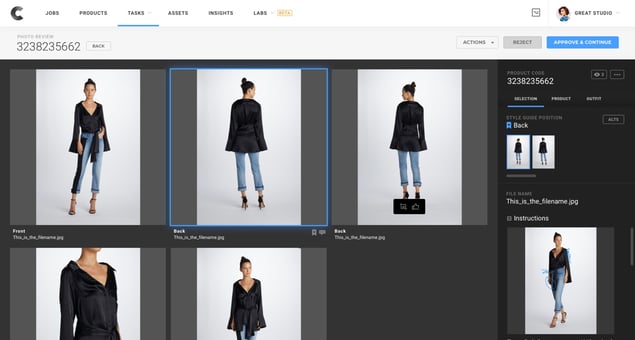 We’ve only scratched the surface with our current reports, and you won’t believe how much gold there is in the data captured during your production. In there lies the key to higher performance, reduced waste, happier people, and much more. Insights went out of BETA in December and are, at the time of writing, containing 6 reports. We will be aiming at launching new reports and report improvements with every sprint in 2020, as we are investing heavily in this area. 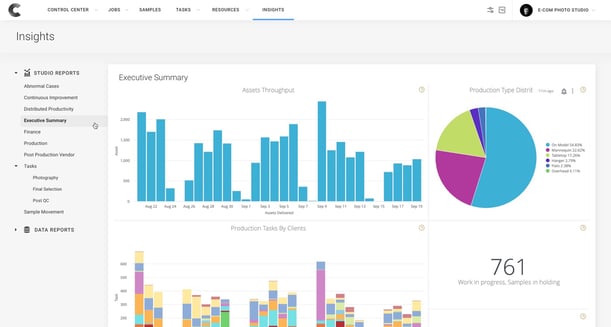 With Assets coming out in October, we introduced a visual insight into your production that can only be achieved in a cloud system like Creative Force. Seconds after a Kelvin transfer has been completed, the images are visible to other team members in the Creative Force application. In combination with an extremely granular filtering system, Assets is the perfect place for reflecting on production and using tools for creative direction like the built-in contact sheet. 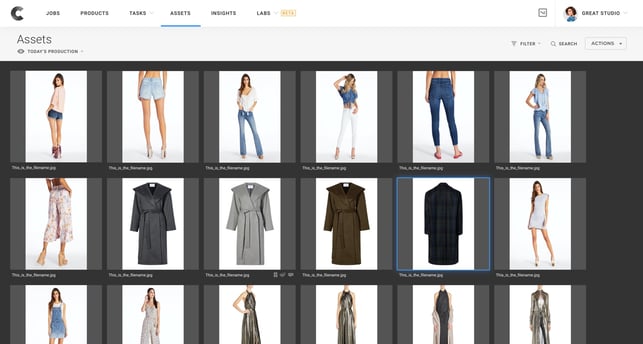 Seamlessly integrating internal retouchers into the workflow, HUE has proven to be one of our customers’ favorite tools. Maybe more so at the management level than with the retouchers, but with our December update and the introduction of file tracking, auto QA, and much nicer export functionality, we think HUE earned a spot on this list as one of the most powerful feature launches of 2019.

Nothing beats shipping! Going to market with version 1 in April is our biggest achievement and the one we are most proud of in 2019. We managed to build a competitive product in about 10 months and successfully launch it with multiple customers. A big shoutout to all the first adopters of Creative Force and thanks for believing in our vision. 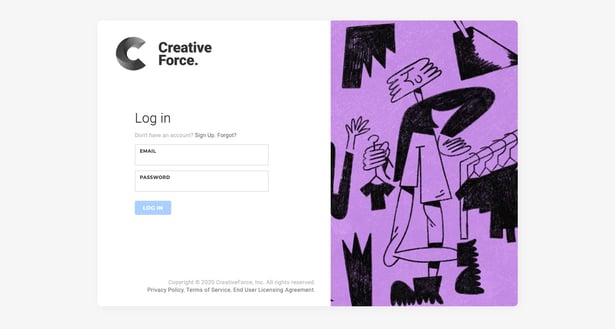